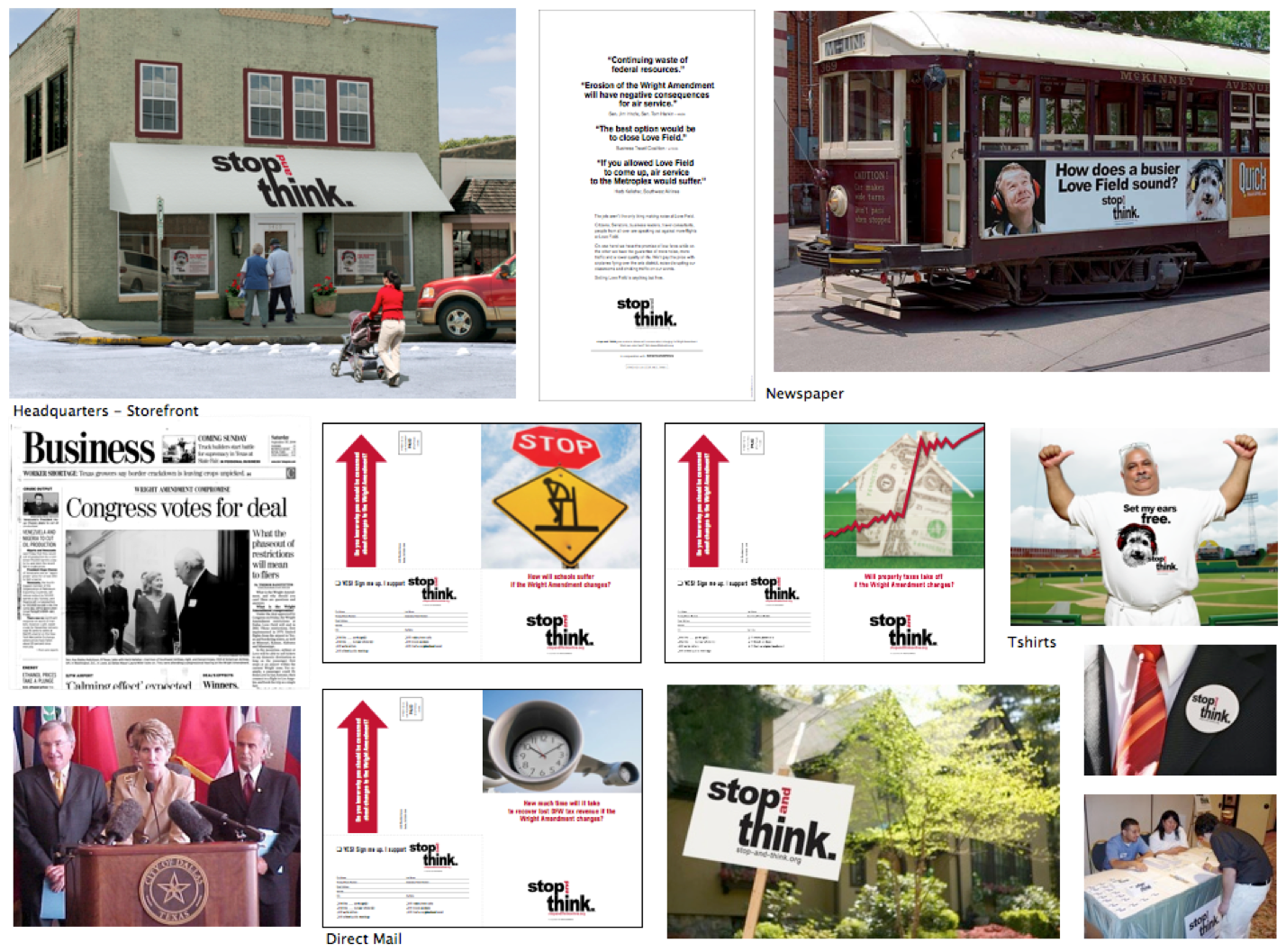 An American Airlines funded campaign to retain the Wright Amendment

Southwest Airlines funded an aggressive campaign to convince Congress that the people of Dallas wanted the Wright Amendment rescinded (Wright, governing air travel at Dallas’ Love Field, was advantageous to American, a hindrance to Southwest).

We essentially ask citizens to “stop and think” about the implications of completely doing away with the Amendment.